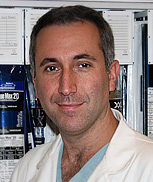 For our first HealthX Crash Course, we hosted Dr. Jeff Solomon, MD, MBA who gave a Crash Course on the medical device industry. Dr. Solomon earned his medical degree at the University of Pennsylvania School of Medicine, completed a residency in diagnostic radiology and a fellowship in interventional radiology at Penn, then stayed on as an attending in the IR department. During his fellowship, he also earned an MBA at the Wharton School at the University of Pennsylvania. After working as an attending for several years, Dr. Solomon chose to leave clinical practice to become President of Infiniti Medical, a medical device company focused on the veterinary market. With this perspective, Dr. Solomon shared some lessons he wished he knew when he made the transition to the startup world. Here are some key takeaways from the talk:

The One Constant in Startups is Risk

We constantly hear about the excitement and the fast pace of startups, but Dr. Solomon focused the crash course on what he believes is an equally pervasive aspect of life at a startup: risk. Throughout his talk, Dr. Solomon reminded us that while we hear stories of the startups that succeed, there are many more companies we never hear about because they failed. Rather than trying to discourage us from pursuing a startup career, he encouraged the audience to inform themselves of the risks and to consider them carefully when weighing the decision whether to pursue a startup career. He emphasized the importance of balancing the risk and the potential rewards and only pursuing an option when the rewards outweighed the risks by enough to justify the risk.

Startups Must Succeed or Fail Quickly

Dr. Solomon explained that building and operating a private company is not an option for a startup that has taken on venture funding. While this might seem like a possible route, venture funds have defined periods of time after which they must return capital to the limited partners. As a result, a venture fund is forced to pursue an exit at that point. Therefore, companies must always operate with the goal of a liquidity event – an IPO, a strategic acquisition, acquisition by a PE firm, or failure. From the founder’s perspective, this actually has a benefit – Dr. Solomon stressed that failing (or, of course, succeeding) quickly is better than failing over many years.

With very rare exceptions, startups cannot succeed without raising capital. Thus, founders must partner with sources of capital to make their ideas into realities. Dr. Solomon spoke at length about the different types of capital available to entrepreneurs and the associated benefits and drawbacks. These sources include personal funds, friends and family, angel investors, and venture capital (which are usually received in that order). As a rule, as a founder moves from personal funds toward venture capital, each subsequent investment requires dilution of equity and loss of control over the company.

It is crucial for the founder of a company to understand how taking on funding affects both company control and the distribution of equity. Dr. Solomon illustrated how dividends, liquidation preference, stock options, creation of new stock classes, and the fees associated with selling a company could substantially decrease the founder’s share of an exit. From the outset, an entrepreneur should take careful stock of the amount of funding they will need to raise to bring the company to an exit and ensure that there will be a sufficient stake remaining after that dilution to justify the risks of starting a company.

Building a company is a huge challenge, whatever the market. Since it’s going to be difficult either way, pick a market that is worth working long and hard to capture. This benefits the company in multiple ways. First and foremost, if the company succeeds in a large market, that success will be all the more significant and exciting than if it occurred in a smaller market. Beyond that, Dr. Solomon stressed that it is significantly easier to raise capital to go after a big idea than a small one. Venture firms make multiple investments and expect that some will fail – therefore, they have a strong incentive to place large bets that can lead to significant gains. A venture fund will often not be interested in a company with a $10 million market – even if the company succeeds, that success wouldn’t move the needle for the fund. A startup that targets a $1 billion market, on the other hand, could provide exactly the success the venture firm needs.

It was a privilege to host Dr. Solomon for our first HealthX Crash Course, we learned a great deal about the medical device startup world, the risks involved, and what it takes to succeed.

– Logan is a second-year medical student at the Perelman School of Medicine. He is the co-VP of curriculum for Penn Health-X, an occasional co-host of the Penn HealthX podcast, and a contributor to the Penn HealthX blog. You can contact him at  john.brock@uphs.upenn.edu –